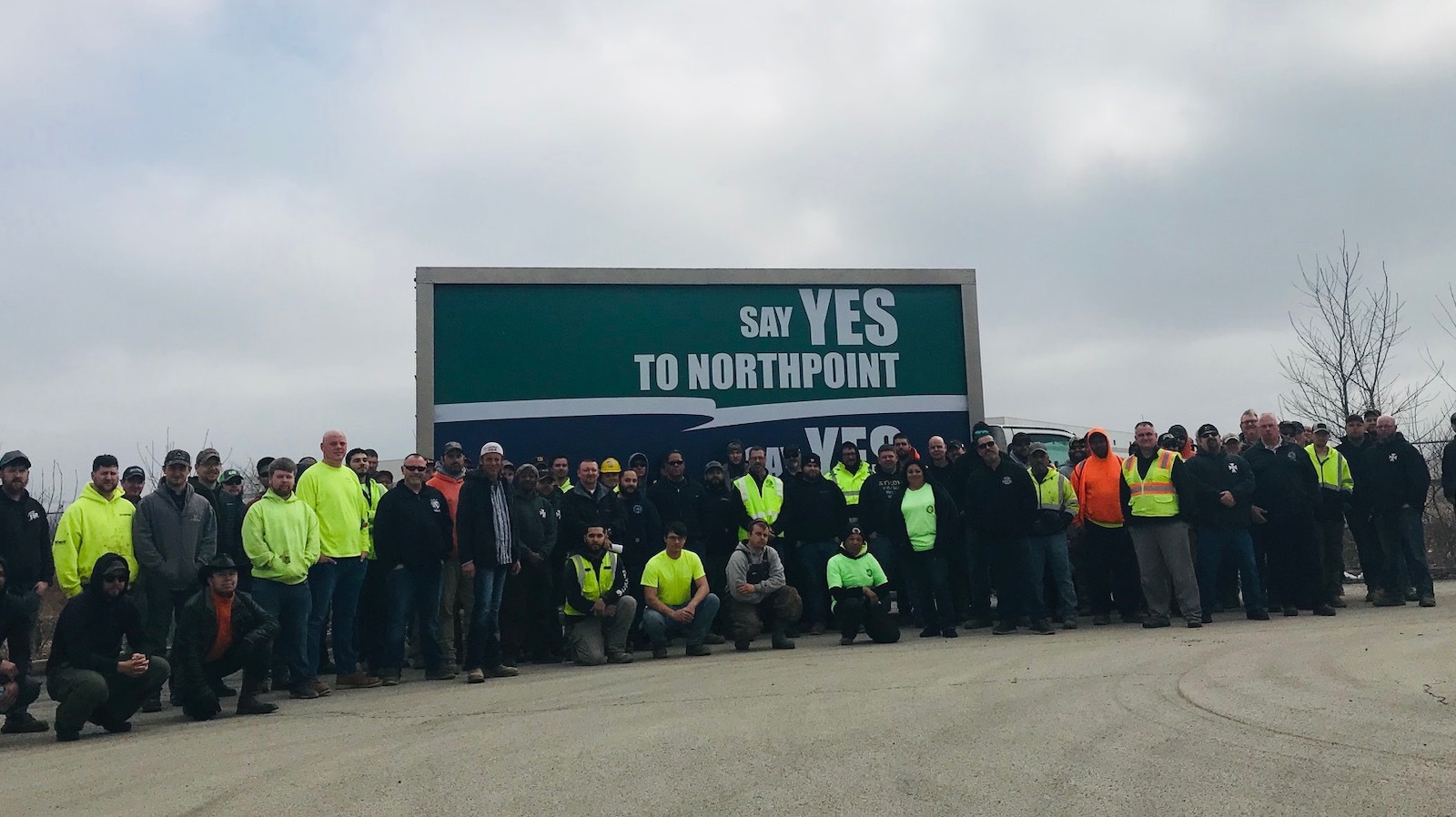 When interviewed by Joliet Patch, Timothy Rossborough, a business representative for the International Union of Bricklayers, said the project would need approximately 20 bricklayers. People from Joliet need jobs and this is a great opportunity to give well-paying jobs to residents, he said.

"You're talking about prevailing wage jobs. Full package, a union bricklayer right now is $77 an hour. That's a job that you can provide for your family," Rossborough said. "Going forward, I hope the Joliet City Council understands that this is definitely a big economic impact for the city of Joliet. And, I think it's going to be a big boost for the city of Joliet. The downtown would be vibrant again because of people putting money in their pockets and being able to go downtown and having a nice meal with their family."

"Each building that goes up could be a year for the ironworkers, or more, that's a huge deal. We don't ever get that. That's for one building. This could go on for 10 years. So we have a whole generation that could possibly make their living off of this Compass Business Park; which is a really big deal for us," Hray said. "I'm also a pension trustee and a health care fund trustee, and I know, some of the trades, there's guys that say they're against it, but collectively, as a whole, I have to look at what's good for all the membership. And, a project like this, it's good for the whole membership. We've got to fund our future. We've got to fund those health care funds. All of that stuff is very important to the trades."

Other laborers and tradesmen are worried about job security.

"Everything is being eliminated ... This would be a beginning. And seeing that I live in the area it would be most important for me that this would come through," Pratt said. "The most important thing, we need to know what our future is, and with change, the future for job stability for anyone that's employed and need to be employed here and in anywhere else."

"...I would certainly hope that they would vote in favor of this because I don't believe Joliet, with their tax burden, and their burden of pensions, I think they need the additional funding. It would help them and certainly the local tradesmen. Our membership of the contractors association is made up of union contractors, which, obviously, we use all union employees," Cheney said. "People continuously say, understandably, about the trucks. And this particular development, I don't believe they realize, the trucks are not going to be on (Route) 53. And certainly that's a major concern."

He also said the trades will have a strong appearance at the City Council meeting.

The Joliet City Council delayed making a decision on the development at its meeting on March 17.

Want to get notified whenever we write about any of these organizations ?

Sign-up Next time we write about any of these organizations, we'll email you a link to the story. You may edit your settings or unsubscribe at any time.